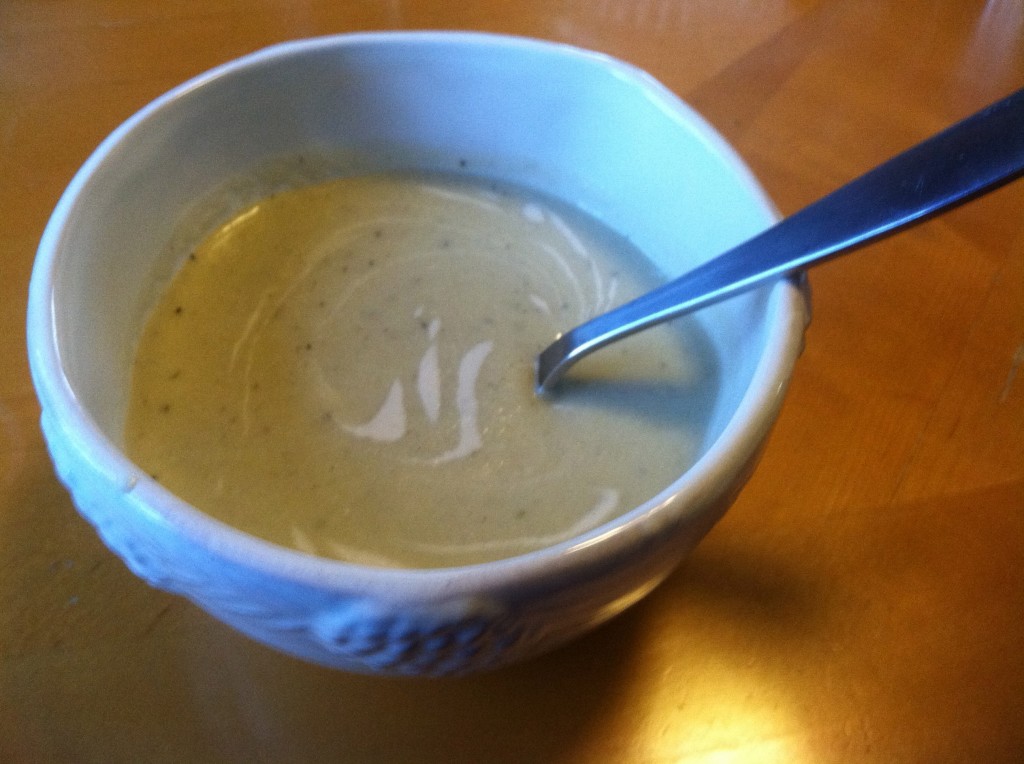 My daughter is in the process of getting braces, so we have been making a lot of soup lately and I am trying to come up with some new recipes.  This potato leek soup is smooth, creamy and decadent.  No one will ever believe that it is made with cashew cream instead of heavy cream.  Just make sure that you wash your leeks really well or your soup will be gritty because leeks hold a lot of dirt in their layers.  To clean my leeks, I cut them in half longways and slice them (you just want the tender white part of the leeks, so cut off the tough green ends).  Then I put them in a large bowl of water and swish them around to get all the dirt out of the rings.  The dirt should sink to the bottom of the bowl so you can scoop the clean leeks off the top of the water.  To make this soup even more rich you can top it with tempeh fakin bacon.

Soak the cashews in the water for at least and hour then blend until creamy and thick.