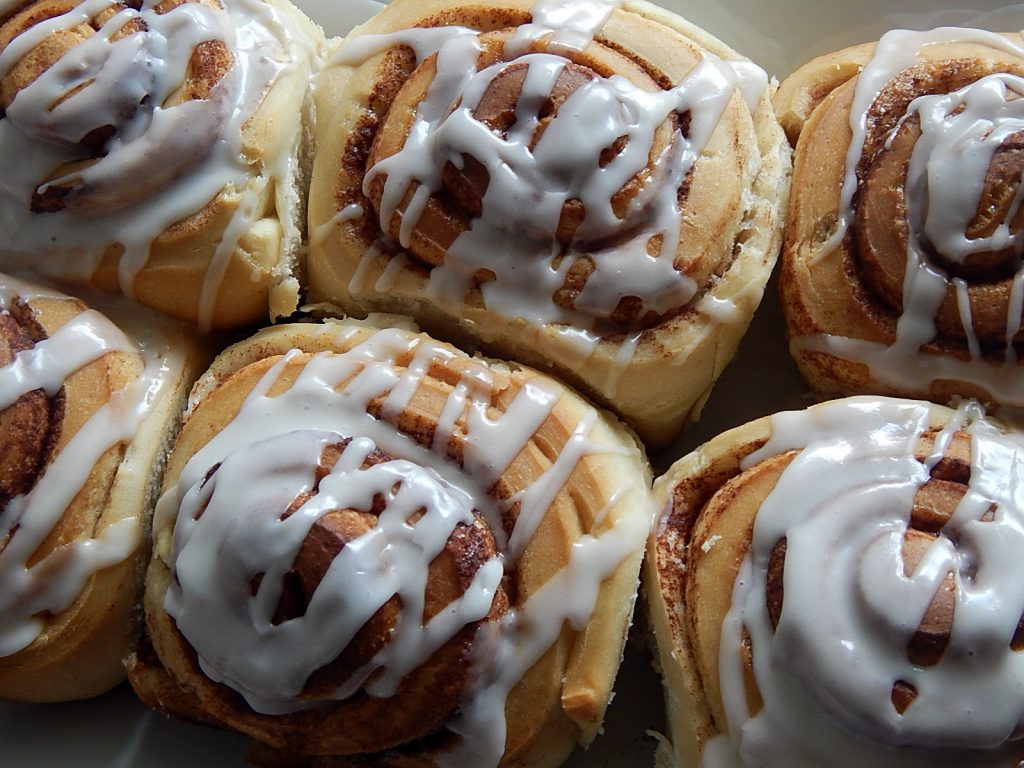 These cinnamon rolls are an amazing soft, fluffy and sweet.  There is nothing better than warm gooey cinnamon rolls right out of the oven.  They get made the night before and sit in the fridge overnight, so they are ready to bake in the morning. 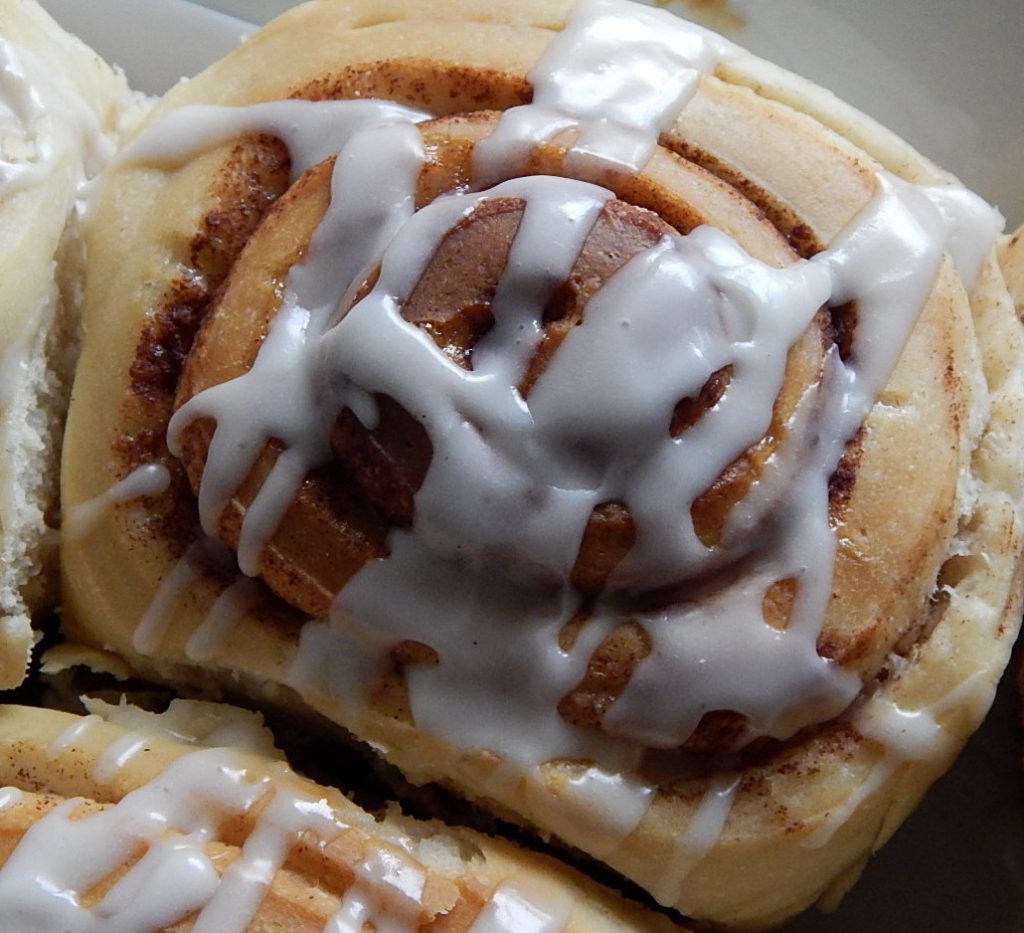 One of our family traditions is to have cinnamon rolls on Christmas morning.  I make the cinnamon rolls the night before and leave then in the fridge overnight.  In the morning I just let them sit in a slightly warm oven for 30 minutes and then bake them.  These cinnamon rolls are definitely something that everyone in the family looks forward to all year.

Now my family is asking for them a little more often.  I have been making them for birthdays and Father’s Day.  Cinnamon rolls are definitely a special treat.

Combine the soymilk, 3/4 cup sugar, and the Earth Balance in a sauce pan.  Heat it over medium heat just until the butter is melted.  You do not want it to be too hot.   While the soymilk mixture is warming, combine the yeast, 1 tsp of sugar and the warm water in the bowl of a stand mixer fitted with a dough hook.  Let stand for 5 minutes until the yeast starts to get bubbly.  Add the soymilk mixture to the yeast and mix.  Add in 5 cups of the flour and mix on low until it is combined.  While it still mixing slowly add flour until the dough leaves the sides of the bowl and it is no longer sticky.  Continue to let it knead on medium speed for about 5 more minutes.  (You can mix and knead the dough by hand if you do not have a mixer.)

Once the dough is finished turn it out on to a well floured surface.  Roll it into a 12 X 16 rectangle.   For the filling, brush on the melted butter, evenly cover the dough with brown sugar then sprinkle on the cinnamon.  Tightly roll up the dough starting on the long side.  Cut the roll into 12 equal pieces.  Place the rolls in a very well buttered large baking dish and cover with plastic wrap.  Leave the rolls in the fridge overnight.  (If you want to bake the rolls the same day just let the rolls rise in a warm place for about an hour and then bake.)

In the morning, uncover the rolls and place in a warm oven for 30 – 45 minutes to rise.  Then Bake at 375 for about 20 minutes until they are golden brown.  Let the rolls cool for at least 10 minutes and then remove them from the pan.  Drizzle with frosting.

While the rolls are baking make the frosting.  Whisk together the powdered sugar and the milk until it is smooth.  It will be runny so it can be drizzled over the cinnamon rolls. 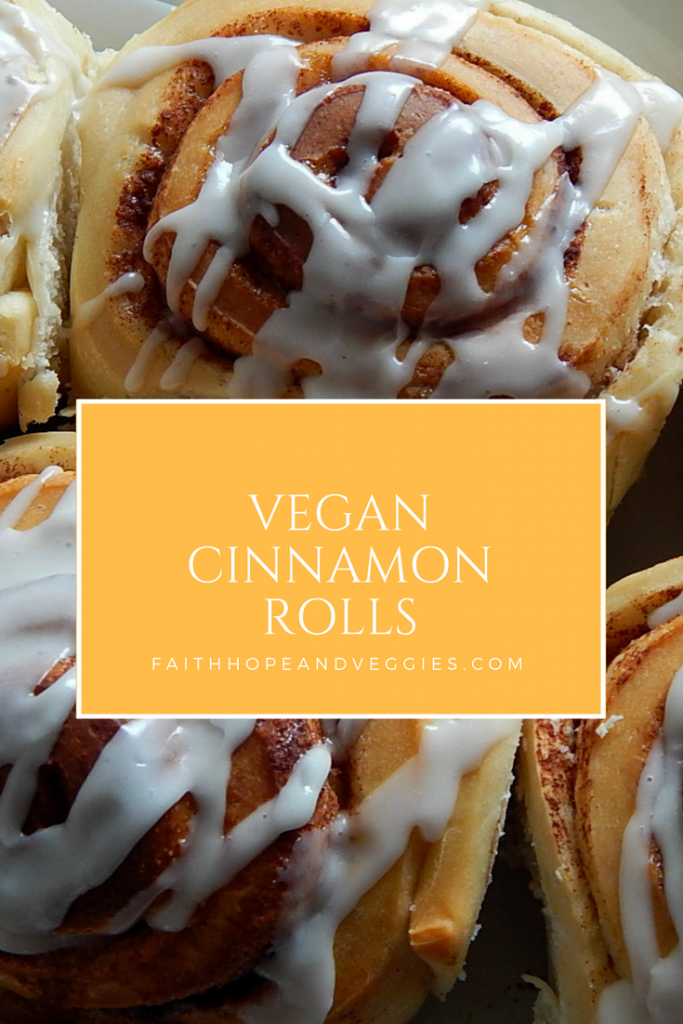