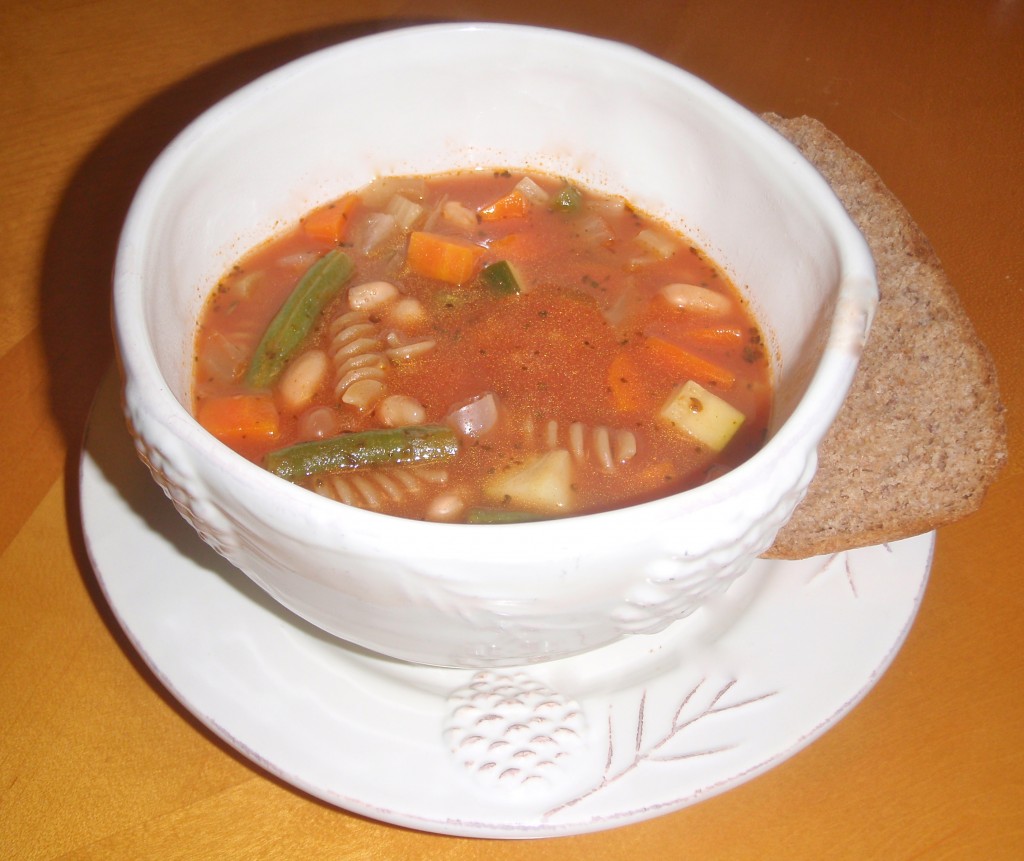 I made this soup because my daughter loves it so much.  She asks for it all of the time, which is great.  It is super healthy and really cheap to make.  It cost me less than $5 for the entire pot and there is usually enough for more than one meal.  We ate it with homemade bread that had just come out of the oven.  It was delicious!

Heat the oil in a large pot.  Add all of the veggies and cook about 10 minutes.  Add the broth, tomatoes, tomato paste and seasoning.  Simmer for about 20 minutes then add the beans and pasta and simmer for 10 minutes more.  Stir in the basil and serve. 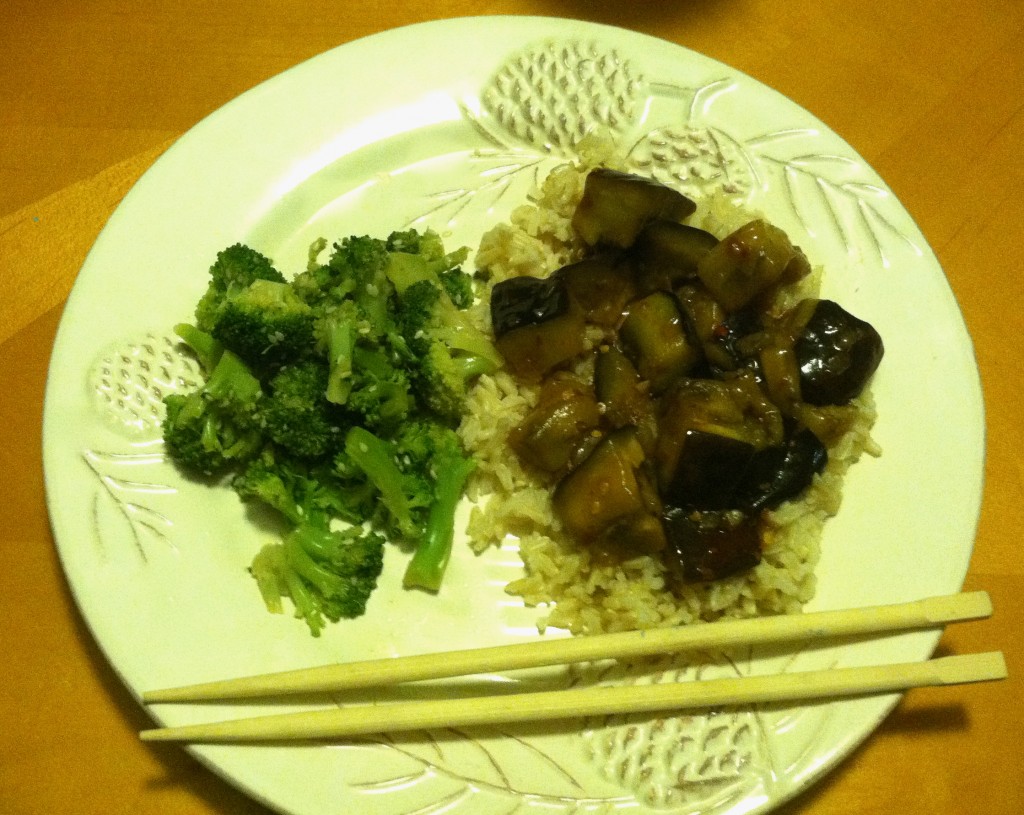 This recipe is for my cousin Larkin.  We went to a Chinese restaurant a few weeks ago and ordered spicy eggplant.  It was so good, but I felt terrible after eating it because of all the salt and oil.  I felt even worse when I looked up the nutritional info and found out it had over 40 grams of fat and 3 days worth of sodium.  Larkin wanted to me to come up with my own version, so here it is.

Combine the broth, honey, soy sauce, vinegar, arrowroot powder and crushed red pepper in a bowl and set aside.  Heat  half of the oil in a large skillet over medium high heat.  Add the onion and cook for a couple minutes and then add the garlic and half of the eggplant.  Saute the eggplant for about 5 minutes until it is softened.  Remove the eggplant to a bowl.  Heat the rest of the oil and add in the remaining eggplant and cook for 5 minutes until it is soft.  Put all of the eggplant back into the pan and add the sauce.  Bring it to a boil for a couple of minutes until the sauce has thickened.   This is great served over brown rice.